What is life?
They say its from B to D ( Birth to Death).
Yes that’s what life is , but between birth and death we perform certain deeds which gives some meaning to our life and what if someone wants to share it with the world.

From 9th october to 13th october, 2015 , me and my team went to cover an event at Cannaught Place, New Delhi , CMS VATAVARAN a Film Festival that talks about the conservation of Natural Resources and Wildlife.
We were assigned to make a 10 minutes Documentry on that event under which we covered the interviews and workshops of many Environmentalists and Filmmakers.

During the event we met Mr.Saurabh Shukla , Mr.Amol Palekar and Mr.Adil Hussain , the well known actors of Bollywood who were present there to attend the workshops and seminars on water conversation. 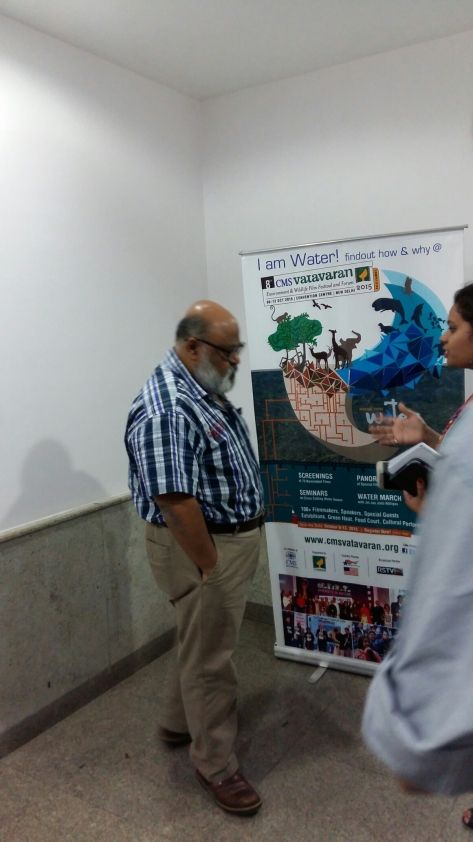 At the event we took interviews of various Filmmakers who came all over from around the globe with there Documentries on Wildlife and Natural Resources and to attend the various workshops held their.

Many  primary class students also came over for the screening of the
Documentries on Environment.

The most interesting part of the event was taking the interviews of different people with a different approach towards life.

As filmmaking students it was a great experience for us to be there at the event, as we learned many new things.

Posted from WordPress for Android